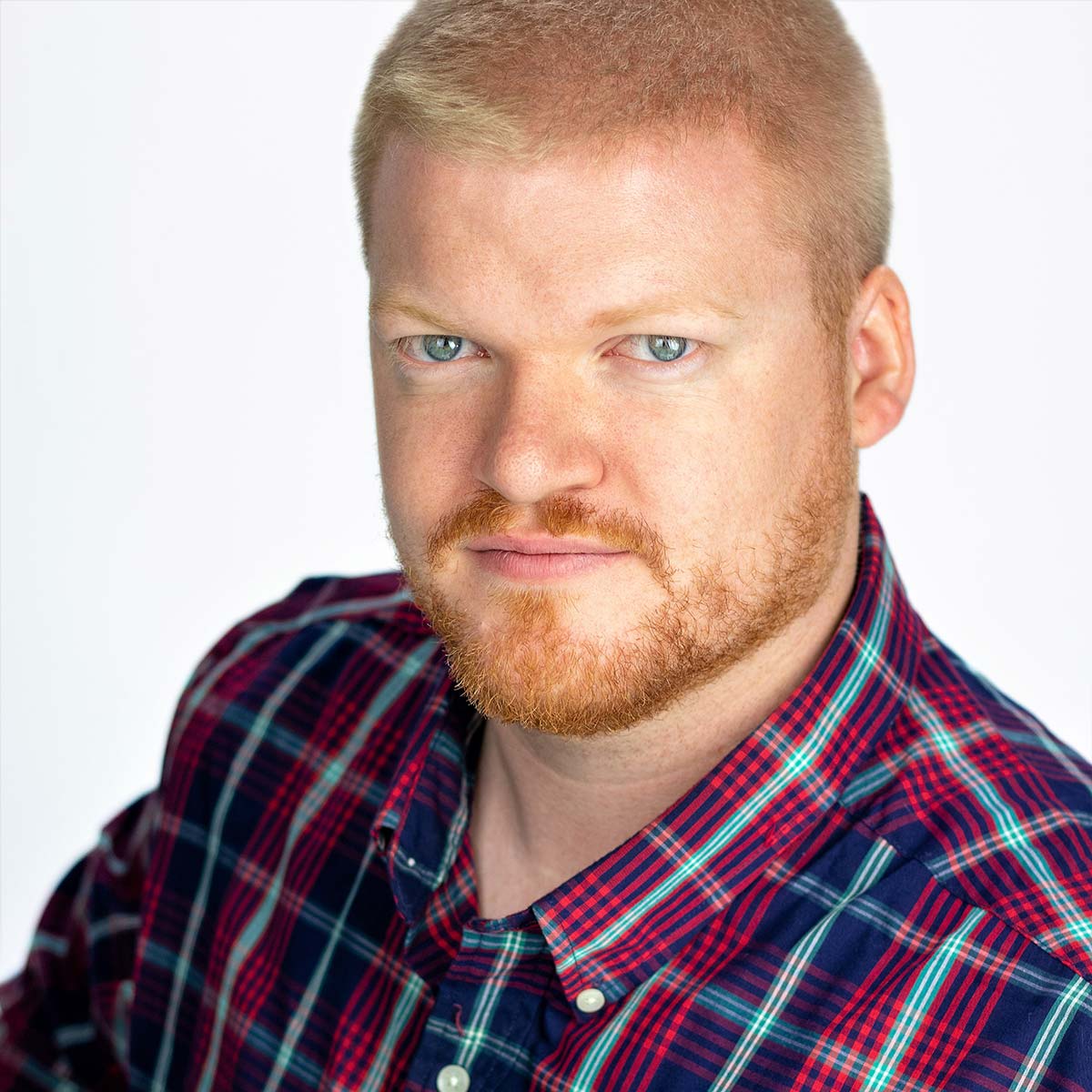 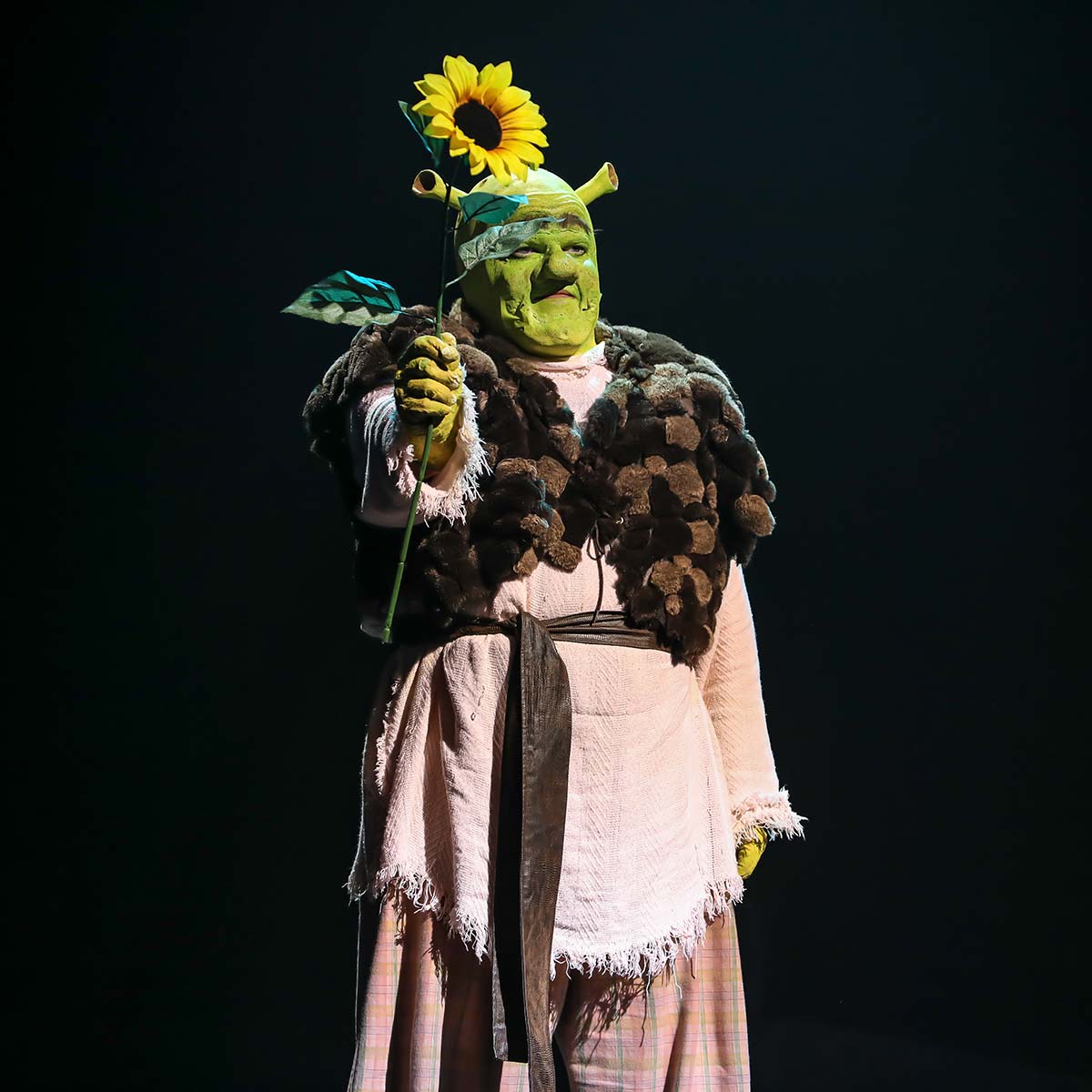 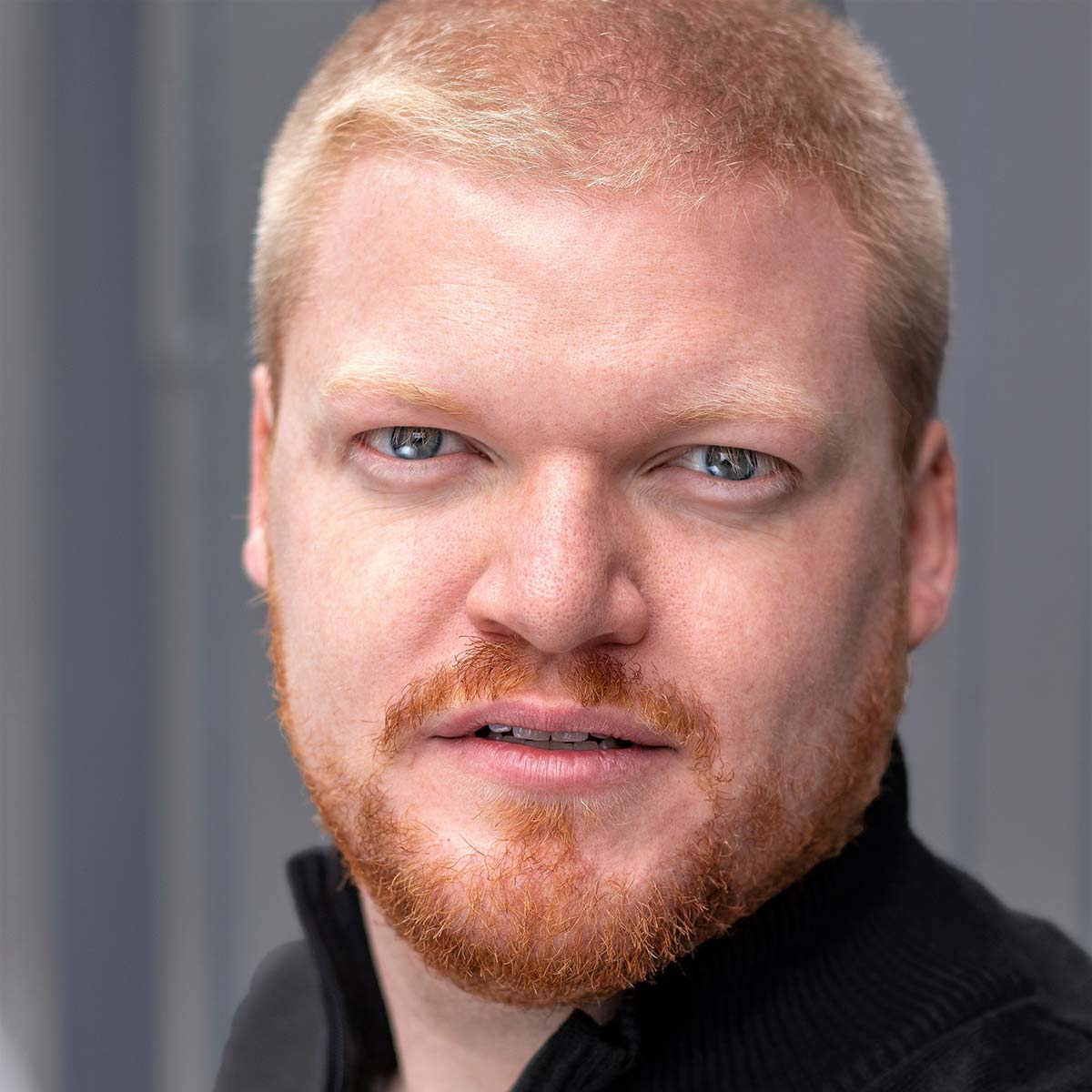 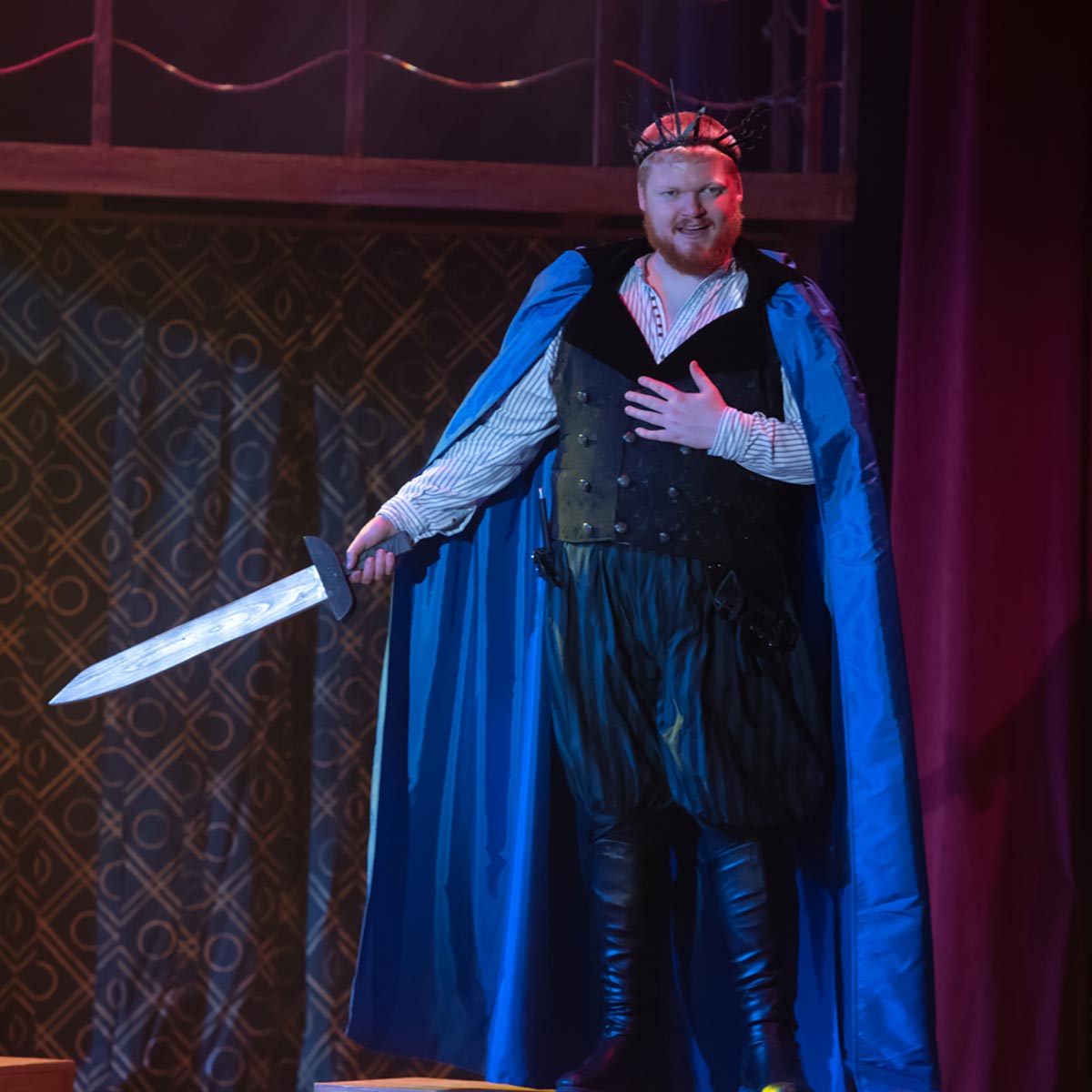 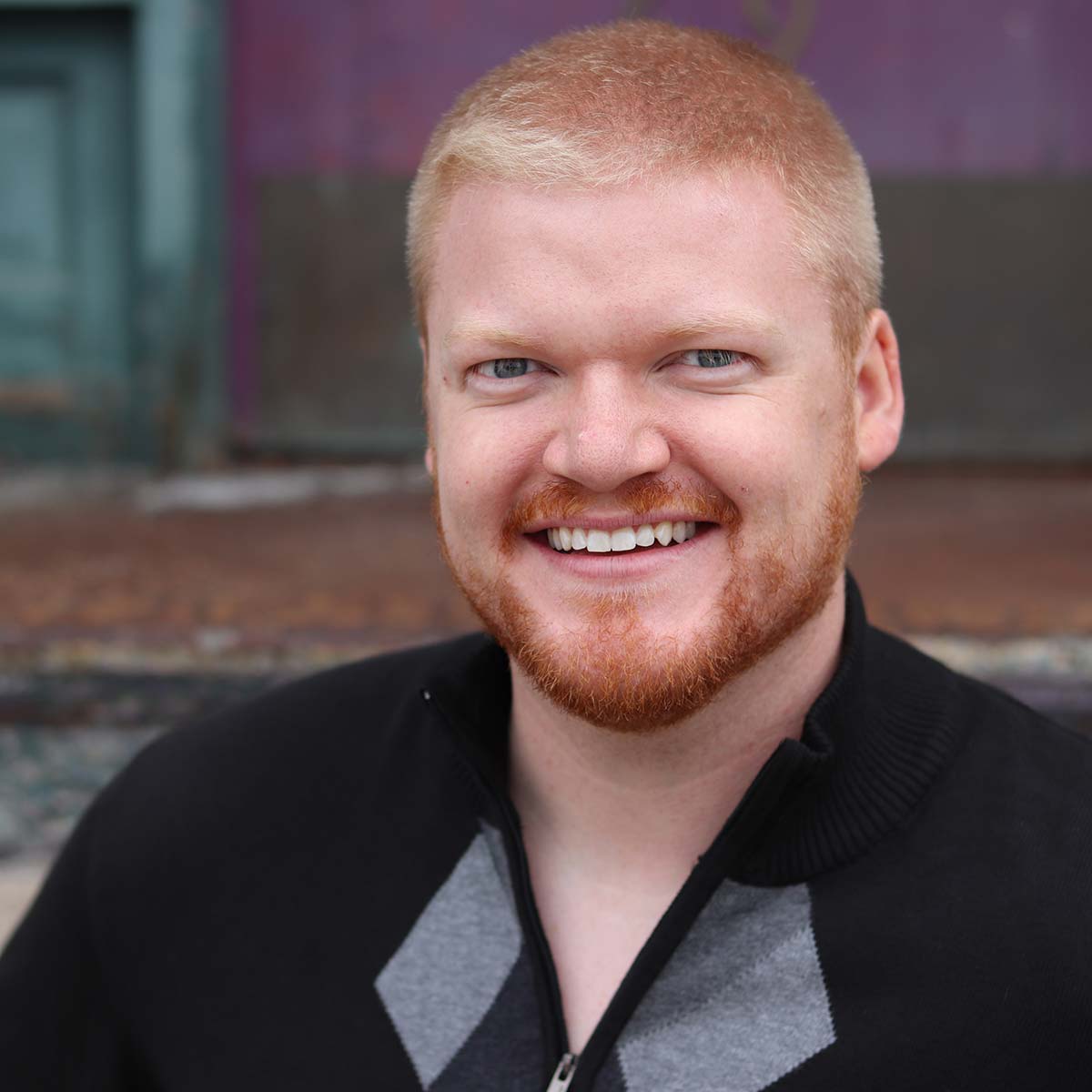 Logan Edris holds a Bachelor of Fine Arts in Musical Theatre from Western Illinois University. His most recent credits include Shrek in Shrek the Musical at the Welk Resort Theatre in Branson, Missouri, and Sonny in Rocketboys the Musical at Theatre West Virginia in Beaver, West Virginia.

When Logan is not onstage, he loves binge watching The Office and Cheers, as well as playing with his dog, Sophie. Logan loves to cook, bake and wash dishes!

You can catch Logan next at UPTA Auditions in Memphis, Tennessee, and Midwest Auditions in St. Louis, Missouri!

Logan Edris is a director’s dream cast member! He came prepared for auditions, and was versatile in several roles. He earned a major role, and worked diligently to make it his own. He became beloved by fellow cast members due to his pleasant and dynamic personality. He volunteered additional time backstage and created some technically challenging stage properties, painted sets, and worked on sound and lighting. He was a definite team member who was willing to go the extra mile to make the show succeed. His performance was stellar, and delighted the audiences. I consider Logan a gem in the world of acting and directing.

Logan Edris is a profoundly gifted actor who brings both great joy and deep commitment to rehearsals and performances. I would work with him again anywhere and anytime.

Logan Edris is a young actor to reckon with, an actor with passion, sensitivity and a voice with the power to lift the roof off! That is how he performed the role of Shrek in every show this past summer, with a magnificent cast and crew at the Welk Resort Theatre in Branson, Missouri. It was such a great experience to work with such a dedicated and giving artist as Logan.

Working with Logan is delightful. He attends rehearsal with creative ideas, while demonstrating a keen ability to listen. Logan is a generous actor, a conscientious worker, and a team player. He incorporates direction into his work with brilliant additions of his own. Logan is brimming with positive energy, gets along with everyone, and is fun to work with. He also has a gorgeous voice that was perfect for Shrek. I look forward to the opportunity to work with him again.

Logan will be performing on stage as Nicely Nicely Johnson in Dutch Apple Dinner Theatre’s production of Guys and Dolls in Lancaster, Pennsylvania. For tickets visit, dutchapple.com.

After that, Logan will be headed to Charleston, South Carolina, where he will become a resident actor for Charleston Stage’s 43rd Season! For tickets and information visit, charlestonstage.com.

The Wizard of Oz

Beauty and the Beast

Feel free to call or email Logan at anytime, or use the contact form below.